A new report by the Association of Chartered Certified Accountants (ACCA) has questioned whether the next inevitable step of business is the introduction of robots in the workplace.

Fear not, Hollywood fans! In this case we don’t mean walking, talking robots sent back in time to enslave us, rather software tools that are designed to run in a data centre working through a user interface. The technology has been around for a while, but is mainly limited to communication widgets to ease workflow and e-invoicing.

But what role can robots play in a field like accountancy? After wrestling with that very question, the ACCA has released this paper to try and decipher whether it is a reality or just a ‘clever marketing tool.’

From an accountant’s point of view, my key question is: what are the chances of a robot being clever enough to take over my job? But the report also considers whether there are jobs which can be improved, replaced or even eliminated with the use of robotics.

One of the co-authors, Jamie Lyon, says that ‘there needs to be far more clarity beyond just the headcount reduction’. While the numbers may seem ‘appealing’ and many may be attracted to the shedding of expensive labour, the reality may be entirely different.

Image courtesy of ratch0013 at FreeDigitalPhotos.net 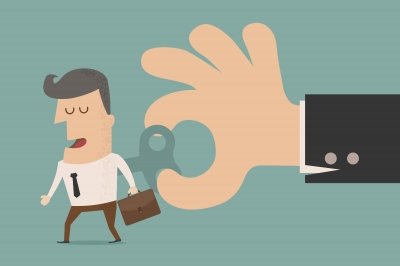