Further to HM Revenue and Customs’ 2012 e-marketplace campaign, extensive new powers have now been given to HMRC which have enabled them to approach online market places and, according to the Telegraph, demand information relating to customers’ selling activities. The marketplaces involved include Amazon, Ebay, Gumtree and Etsy.

HMRC have not confirmed at what threshold they believe an online seller becomes an online trader instead they will consider whether the seller’s activities constitute a trade in accordance with the badges of trade. If you occasionally sell your second hand items online, then this will not apply to you.

HMRC uncovered one individual who turned over an undeclared £1.4m in six years, selling DVDs, CDs and games at online market places – which brings a whole new meaning to the phrase, “put it on Ebay!”. That individual was handed a two year prison sentence.

If you are unsure whether your online selling activity amounts to a trade, then it may be worth speaking with a tax advisor.

Image courtesy of Goldy at FreeDigitalPhotos.net 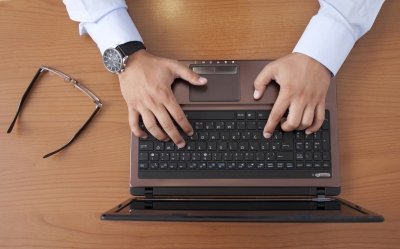