Home ⟶ Blog ⟶ Yawning For A Holiday? Fatigue In The Workplace

Yawning For A Holiday? Fatigue In The Workplace

A recent survey of 2000 UK workers, commissioned by Holiday Hypermarket, found that an average employee ‘needs’ to take time off every 56 days on average, or risk losing productivity.

Those surveyed said that they begin to feel tired and stressed just 8 weeks after returning to work from a holiday, but the majority admitted that they only take time off twice a year or less. Shockingly, 8% said they had not taken a holiday at all in the last year!

In agreement with this, three quarters of those surveyed agreed that it is unhealthy to go a whole year without taking any time off in the year. And more than half said that if they waited too long between breaks it has a negative affect on their work productivity. Two thirds admitted rating their own productivity levels as 5 out of 10 before a break, but 8 out of 10 afterwards.

It’s not just the energy levels that suffer, as more than half admitted their motivation for work drops when they need a holiday, with 26 percent saying they “can’t be bothered to do things properly.” Of those that have planned time off, 1 in 3 said that the main reason was because “they want to live rather than existing for work.”

“It’s no surprise that we lose that refreshed feeling so soon after returning from holiday” says Kay Dixon, general manager at Holiday Hypermarket. “With such pressure to get back into the normal routine it can feel like our time spent relaxing abroad was just a dream. But as the research shows, throwing ourselves back into work too hard can mean that we feel the need for another holiday very quickly.”

“Taking a day off here and there is sensible,” she continues, “but a regular trip abroad can be more beneficial for both our mental well being and our productivity when we return.”

Image courtesy of jesadaphorn at FreeDigitalPhotos.net 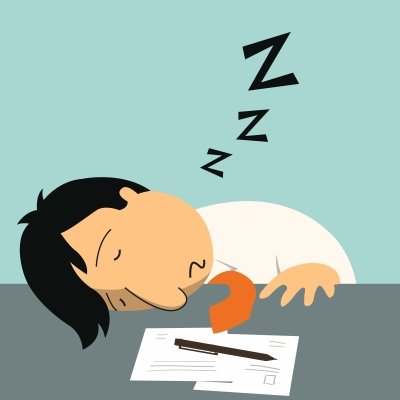